Dr. Garrison worked for many years as Veterinary Technician before attending veterinary school. Earning a DVM degree from North Carolina State University, he practiced in Florida and New Jersey prior to moving back to South Carolina to be closer to family. He lives in Spartanburg with his wife and their two sons.

His professional interests include soft tissue surgery, dentistry, and oral surgery. Outside of work he enjoys exercising, playing guitar, golfing, and he loves to cook. 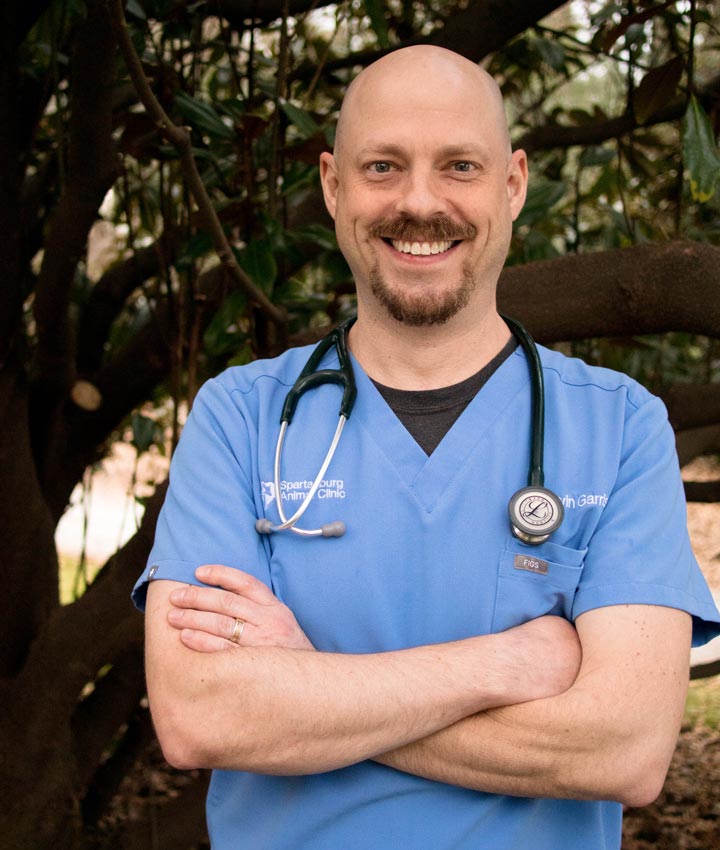